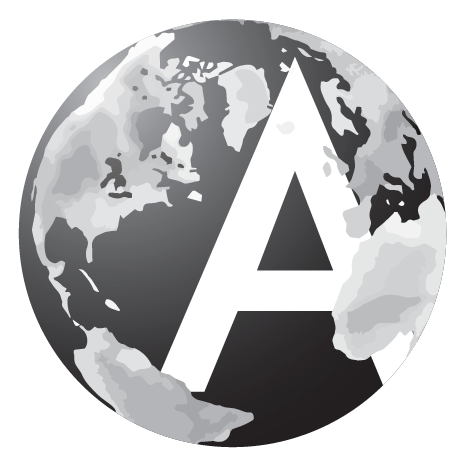 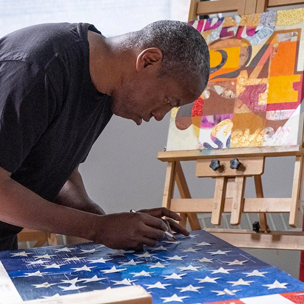 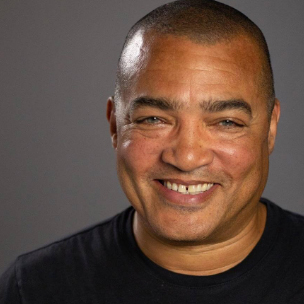 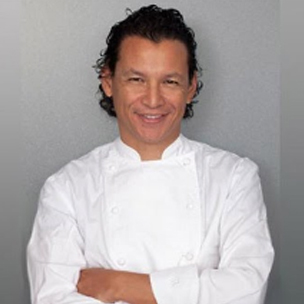 Robert “Bobby” Chinn is an internationally renowned television presenter, chef, restaurateur and cookbook author who has lived in Vietnam since 1996. He is half Egyptian and half Chinese. He runs the restaurant Bobby Chinn. Over his career, he has cooked for a number of personalities, including Bill Clinton in 2011 and Bob Dylan on his Asian Tour. In 2013, Bobby Chinn moved to London to open his new restaurant, the House of Ho. In June 2014, Chinn was nominated as the ambassador of Tourism for Vietnam by the Ministry of Tourism Sports and Culture. 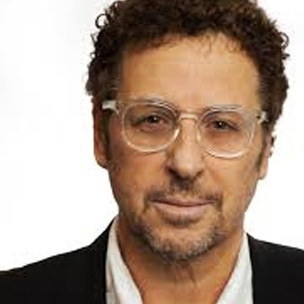 Adi Hasak served as creator, executive producer and showrunner on USA Network’s critically acclaimed crime thriller “Eyewitness,” which he set up as a straight-to-series order. The series, which premiered in the U.S. in 2016, was adapted by Hasak from the Norwegian drama “Øyevitne”.

Hasak also served as creator and executive producer on the hit NBC drama “Shades of Blue,” which he wrote on spec and got green lit straight-to- series, starring Jennifer Lopez and Ray Liotta, directed by Barry Levinson. The hit series’ third season premiered in June 2018. Hasak will serve as creator, executive producer and showrunner on the upcoming adaption of the German format “Tempel” which is straight-to- series with Dynamic Television.

Furthermore, Hasak and his Adi TV Studios banner are fast tracking several additional projects to be packaged straight-to-series. Hasak was born in Rotterdam, Netherlands, and raised in Israel and the U.S. Following seven years in the military, Hasak worked as a journalist before coming to Hollywood and writing for television and film.

In addition, Hasak was a frequent collaborator with Luc Besson. They jointly wrote and produced “3 Days to Kill,” starring Kevin Costner, and “From Paris With Love,” starring John Travolta. Hasak also wrote “Killer Elite,” which was the original pilot for “Generation Kill.” 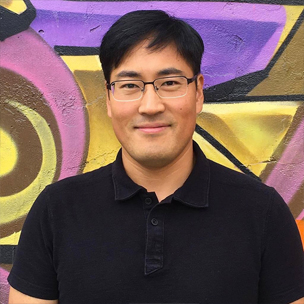 Chang Kim is the CEO/founder of Tapas Media. Prior, he was a product manager at Google, running Blogger.com. Chang joined Google when the company he co-founded, TNC (a leading blogging software company in Korea), was acquired by Google. Previously, Chang was at Samsung Mobile, in charge of Samsung’s mobile content strategy. 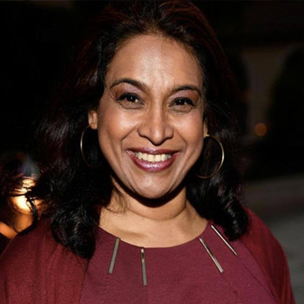 Elizabeth Koshy is a multitalented CEO and serial entrepreneur with a proven track record of making deals and managing large operations in the entertainment and technology space. She launched Cause Celebre, the first celebrity/entertainment consulting company in India, and later pioneered the creative outsourcing/co-production animation industry between Hollywood and India. She launched both Jadooworks, India’s largest CGI animation company, and Animation Dimensions, India’s largest flash animation company. She is currently the founder and CEO of INVAR studios, an original content company focusing on multi-platform distribution models. Their first project, the VR narrative film ‘Rose Colored’, has won the VR industry’s highest accolade, the Advanced Imaging Society’s Lumiere award. Elizabeth is proud to challenge the gender bias as a leader to reckon with in the entertainment business. Her extensive connections in Bollywood, Hollywood, and Silicon Valley combined with her established skill for capitalizing on cutting edge industry developments make her an effective and dynamic leader in the new media content space. 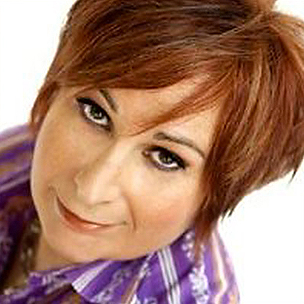 Maxine Lapiduss is a celebrated TV writer/producer, serial entrepreneur,arts advocate, creative strategist, and now, as Co-Founder/CEO of Storyverse Studios, creating a new paradigm for how stories are told and shared in the digital age. 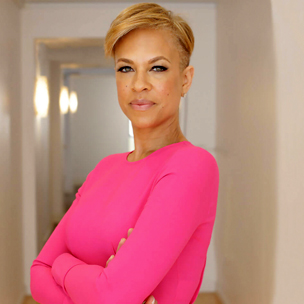 Tonya Lewis Lee is a producer, author and advocate for women’s health.
Her children’s books  have sold over a million copies, an adult novel and film and television scripts. Most notably, Please Baby Please has entertained pre-schoolers for over ten years since its original publication. At Madstone Company Inc  she produced scripted and unscripted work for companies such as Disney TV Animation, Nickelodeon, the U.S. Department of Health and Human Services and OraTV.  She founded ToniK films in 2012 which recently finished production on their latest film, MONSTER, based on the Walter Dean Myers novel. She was the Executive Producer of the hit Spike Lee Netflix Original Series She’s Gotta Have It.

Tonya also founded HealthyYouNow.com(HYN), a health, nutrition and wellness platform designed to deliver health information, inspiration and products to women. Further Tonya founded Movita Organics, a vitamin supplement for women in 2017. Tonya launched HYN and Movita after she was inspired by her work as the spokesperson for A Healthy Baby Begins With You campaign out of the US Department of Health and Human Services Office of Minority Health.  Tonya  also works with Planned Parenthood, Bedsider, The National Campaign to Prevent Teen Pregnancy, Greater Than Aids, the Kansas Health Foundation and many other organizations aimed at improving the health and wellness of women and underserved communities.Tonya has a B.A. from Sarah Lawrence College and a JD from the University of Virginia. 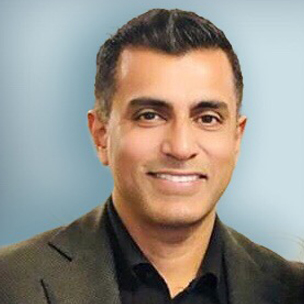 Narendra Reddy is EVP & General Manager for The Africa Channel in Los Angeles, California. He has oversight for all aspects of the Company’s activities including the Cable network, Production (TAC Studios) and OTT (Demand Africa) divisions. He has worked over 20 years in the media industry where he has spearheaded business development, production, marketing, programming and acquisitions activities in the domestic and international arena. Most recently Reddy was the General Manager for DreamWorks Animation’s Studios in India where he supervised the India unit’s productions of DreamWorks’ ‘Puss in Boots’, ‘Madagascar 3’ and ‘Rise of the Guardians’ in addition to several TV specials. Prior to that Reddy supervised the rebranding of PAX TV to ION Media Networks and was a principal architect for ION’s marketing and programming efforts as well as the launch of the Kids digital network, QUBO. Preceding that he was Vice President Programming at NBC Universal where he worked for 8 years. During his tenure he supervised the development and production of numerous Scripted and Reality series as well as Specials for NBC and its cable properties. 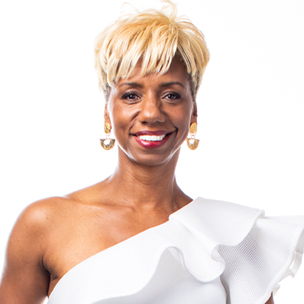 Acclaimed Inspirational Speaker, Best-Selling Author, Award-Winning Performance Artist, Marketing Alchemist™, and Business Mentor, Dr. Venus Opal Reese went from went from living on the streets and eating out of trash cans to obtaining two master’s degrees and a PhD from Stanford University. Previously, she worked as a university professor before investing in herself and her entrepreneurial skills. Her business, Defy Impossible, grossed $5 million in less than six years without government funding, loans, investors or a sales team by turning herself into a category of one. Her clients have grossed millions since implementing her strategies and systems. 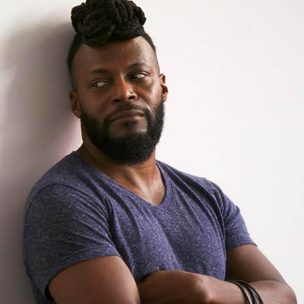 In the life and studio of LA-based, Trinidad-born artist Miles Regis, every action is an opportunity for creative self-expression. Prolific in both fine art art and fashion design, Regis freely swaps the materials and languages of each to enrich the other. Tapping into the emotional experiences of exotic cultures around the world and presenting them in ways that are relevant to today’s modernized societies, Regis favors the simplicity of black and white structure, starkly juxtaposed with the complex dimensions of color; recurring motifs include his use of eyes, encouraging the viewer to look deeper. His paintings are often layered with vibrant hues, powerful imagery, text, abstract brush strokes, and purposeful objects — the same eye-catching iconography and palette which also appear in his original wearable art series. 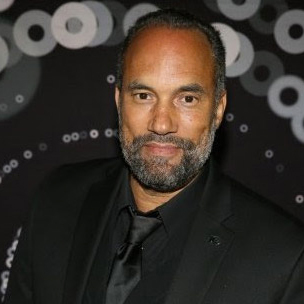 Roger Guenveur Smith is an internationally acclaimed actor, writer, and director who has created a prolific body of work on stage and screen.

He adapted his Obie Award-winning solo performance of A Huey P. Newton Story into a Peabody Award-winning telefilm, directed by his longtime colleague Spike Lee, with whom he continues to collaborate in a relationship which is unparalleled in the American cinema. 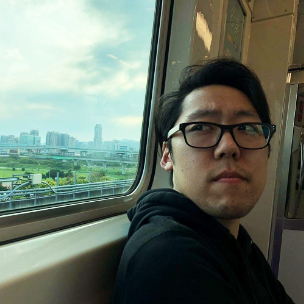 Michael Son, Tapas’s Editor-in-Chief, graduated from UC Berkeley where he facilitated a course on publishing creator owned comics. Shortly thereafter, he joined Tapas, formally known as Tapastic, where he helped nurture a growing community of independent creators, starting with eight and growing it out to what is now over 30,000. As Senior Editor in Chief at Tapas Media, he has helmed notable projects such as Cheshire Crossing with Andy Weir (author of The Martian) and Sarah Andersen (creator of Adulthood is a Myth), as well as Meg, Jo, Beth and Amy, a modern adaptation of Little Women with an all-star art team produced jointly by Hachette. 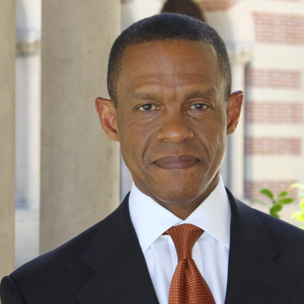 Dr. Erroll G. Southers is an internationally recognized expert on counterterrorism, public safety, infrastructure protection, and homeland security. He is the Director of the Homegrown Violent Extremism Studies Program at the University of Southern California, where he is also a Professor of the Practice of Governance. 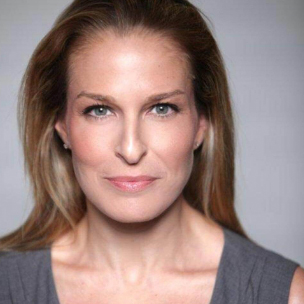 As head of “yes Studios” Stern oversees sales, distribution and development of premium Israeli content for international platforms. Stern is an international television veteran, having managed all aspects of content acquisitions, channel creation and branding across platforms in her pervious role in Israel’s “yesTV” – a multichannel television provider.  yes Studios is known for its Netflix smash hit Series Fauda, currently in production on season 3. 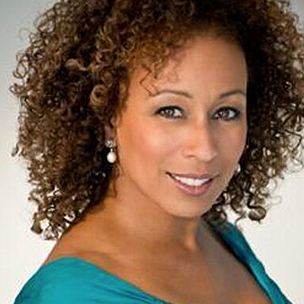 Tamara Tunie is an American film, stage, and television actress, director, and producer. She is best known for her portrayal of attorney Jessica Griffin on the CBS soap opera As the World Turns, and medical examiner Melinda Warner on the NBC police drama Law & Order: Special Victims Unit. From 2000 to 2007 (and again briefly in 2009 and 2010), she appeared on both series simultaneously. Tunie has also appeared in film, most notably playing the key supporting role of Margaret Thomason in the 2012 film Flight. 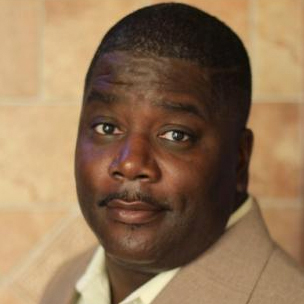 Carl Weber is a prolific American novelist recognized for his examination of Urban American experiences. Dubbed the “King of Drama,” Weber boasts more than 26 novels – 14 of which have been on the New York Times bestseller list, with others making the USA Today and Essence magazines bestseller lists.

Carl has recently produced 2 seasons of the hit series THE FAMILY BUSINESS with BET and
and his feature film INFLUENCE.